Ever wonder why aperture is measured in f-stops, why it is called f-stop in the first place, and why the f-stop scale is so wonky? Read on for the answers.

Aperture and f-stops can be fairly frustrating to learn at first.  Many photographers learning about aperture for the first time are left with a lot of questions.

Why is aperture measured in f-stops?  Why is it called an f-stop? Why is the f-stop numerical scale so weird?  I had many of these same questions when I was first learning photography, so if this is you, you are not alone.

Let’s start with a general overview of aperture and f-stop and then we’ll dive deeper into these questions.

Aperture is one of three camera settings that control relative exposure.  The aperture is the opening in the lens diaphragm, which functions a lot like a human iris.  The aperture is like the pupil of an eye. It opens and closes to let more or less light into the lens.  Aperture is measured in f-stops.

What is an F-Stop?

An f-stop (or f-number) is the ratio of the lens focal length divided by the diameter of the entrance pupil of the aperture.  As such, an f-stop represents the relative aperture of a lens; it is basically a way to normalize the aperture setting across different lenses.  F-stop and f-number are terms used interchangeably to indicate the aperture setting on a lens.

To better understand the f-stop ratio and why it is so important in knowing how to properly use aperture in photography, be sure to check out What is Aperture in Photography: Key Concepts Explained.

So Are Aperture and F-Stop the Same Things?

The aperture is the physical opening of the lens diaphragm.  The amount of light that the aperture allows into the lens is functionally represented by the f-stop, which is a ratio of the lens focal length and the diameter of the entrance pupil.

The intensity of light that travels through a lens and exposes the camera sensor is dependent on both the length of the lens and the diameter of the opening.

The f-stop takes both into consideration by normalizing the diameter of the opening to the focal length of the lens, which results in a relative aperture.  This way, the f-stop on one lens allows the same amount of light to hit the sensor as the same f-stop on a different lens.  As such, f-stops are relative, not absolute, values that represent a lens’ relative aperture.

Why is it Called an F-Stop?

Let’s break down the elements of the notation for an f-stop.

The f stands for focal length and the number in the denominator is the quotient of the focal length divided by the diameter of the entrance pupil.

Back in the old days, the diaphragm of the lens was adjusted manually by inserting metal plates into the front of a lens (can you imagine?).  Each plate was called a “stop” because it stopped light from entering the lens by changing the area of the opening.

Each “stop” was designed to either double or halve the intensity of light that entered through the lens depending on whether it was removed or added.  The word just stuck and while it makes little sense to us today, it is the terminology used for better or worse.

Side note: this is also where the phrase “stopping down your lens” comes from, which means to make the diameter of the entrance pupil smaller.

Is an F-Stop Different Than a Stop of Light?

The word “stop” has another meaning in photography as well.  As part of the exposure triangle, aperture, shutter speed, and ISO each use exposure values to increase or decrease relative exposure by equivalent stops of light.

This doubling or halving of the amount of light should sound familiar as it is leftover from the early days when metal stops were inserted into lenses to change exposure.

What is the F-Stop Scale?

Many lenses have an aperture range where each f-stop is one full stop of light different than the previous or the following f-stop.  Here is an example of an f-stop scale with full-stop increments:

If you have additional f-stop options on your lenses, these likely represent ⅓ or ½ stop increments in addition to the full-stop increments.

Note – many modern camera lenses no longer have an aperture ring, so the aperture is controlled by the camera body and is viewed via the LCD display.  On some cameras, you can choose whether exposure is adjusted by full, ⅓ or ½ stops by choosing the increments of exposure control in a menu setting.

Why Are F-Stops Numbered the Way They Are?

There are two reasons why f-stops are numbered the way they are.

The first reason is simple.

As you now know, the f-stop is a fraction.  As with all fractions, when the number in the denominator increases, the value of the fraction decreases.  For example, a ½ cup of sugar is a lot larger than ⅛ cup of sugar, even though the number 8 is greater than the number 2.

The second reason why f-stops are numbered the way they are is a little more complicated.

Let’s recap a few things we know about aperture first:

Now let’s add the following facts into the mix:

So, the f-stop scale appears as a wonky numerical list of numbers because they represent the doubling or halving the area of a circle, a change that is dependent on the radius (or diameter) changing by a factor of √2 between each f-stop.

The figure below shows what this would look like numbers-wise using a 50mm lens as an example.  Note that the difference between each f-stop is a factor of √2 or 1/√2 and that the resulting area of the opening halves or doubles with each successive change in f-stop.

Now, I could stop here and tell you to just accept this mathematical reality, but I found it to be helpful to understand why √2 was the factor needed to have this doubling or halving effect on the area of the entrance pupil.

If you want to know more about the math behind it, then keep reading.  If not, just remember that as the f-stop numbers increase, the aperture opening decreases.

Why Do F-Stops Differ By a Factor of √2?

Unless you geek out on math, you likely don’t readily know why the √2 is the factor used to double or halve the area of a circle, and you might find working with square roots a painful experience.

If that’s you, I totally get it!  It took me a while to figure it out too.  But once I worked it out, it made a lot more sense to my little brain, and the numbers of the f-stop scale seemed less confusing to me.

The solution and explanation are detailed in the figure below.

So, there you have it! That’s why the f-stop scale is so odd, thanks to the formula for solving the area of a circle. That wasn’t too bad, was it?

Each f-stop number on the f-stop scale differs from the previous and the following f-stop by a factor of √2 resulting in the doubling or halving of the area of the entrance pupil, which changes the relative exposure by one stop of light (one exposure value) in either direction.

Hopefully, this helped demystify the numbers behind the f-stop scale! If you want to continue learning about aperture and how to use it in outdoor photography, be sure to check out the related links below. 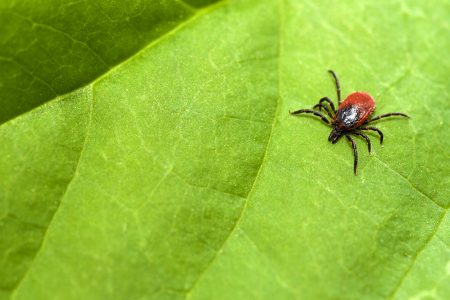 Outdoor photographers spend a lot of time in nature and as such are at high risk for acquiring tick-borne illnesses. …

14 Ways To Improve Your Photography During the Pandemic

It can be hard to stay creative during a crisis. Here are 14 ideas to help you keep working on … 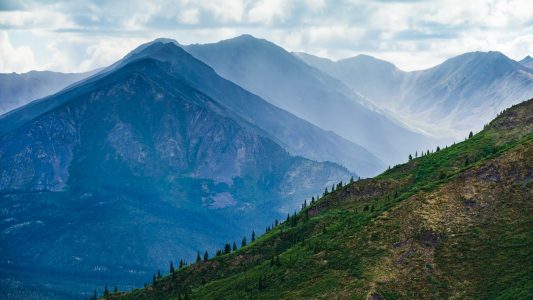 How to Measure the Hyperfocal Distance

ISO: Why All The Noise? 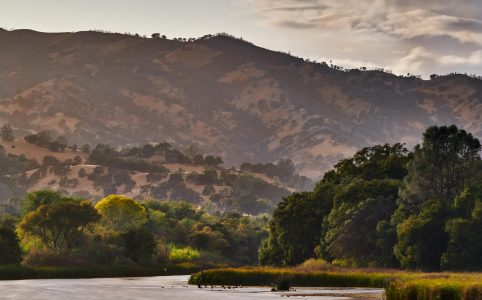 ISO: It’s Not What You Think

ISO is a camera setting that can be confusing to many photographers. In this article, we explain how ISO actually …

Which Aperture Should I Use For Outdoor Photography?

Are you wondering which aperture is best for different types of outdoor photography? Here are some guidelines. 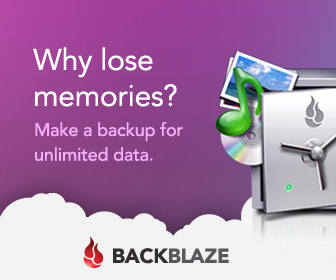 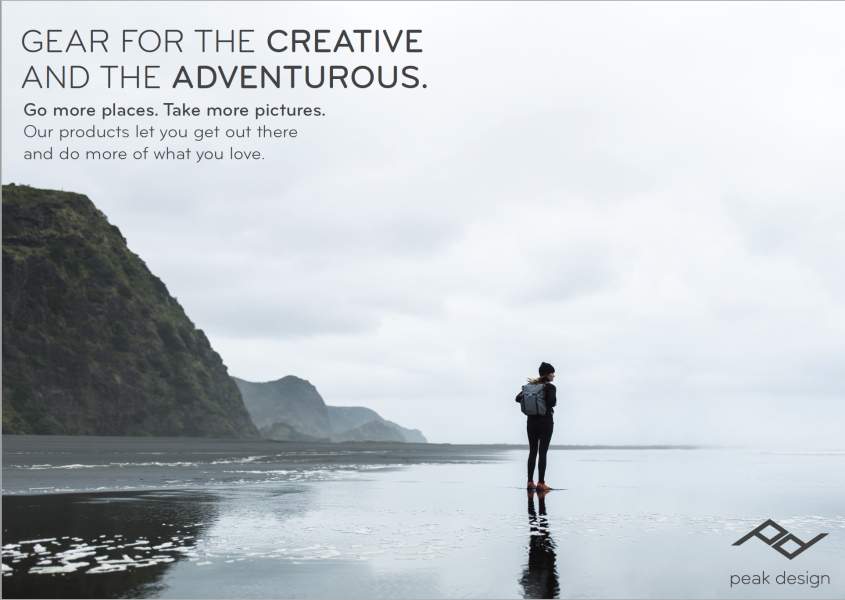 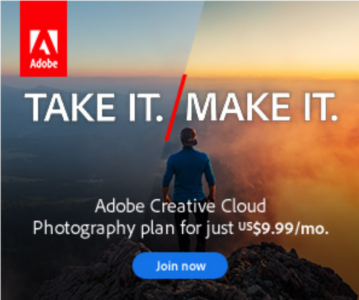 Want the inside scoop?

Join the OPS community of photographers and outdoor enthusiasts!

We will never spam you.  Unsubscribe at any time.